We Were Known Strangers To Each Other

We Were Known Strangers To Each Other (1)

I stopped my car. There was a confusion prevailing. He looks like a male but beautifully clad up in a sari. A big red bindi on his forehead. Big drop earrings. Nails well painted in a red matte nail polish. A wrist full of bangles. Blossoms broadly covered up with a red wide pallu and a well-tied up hair in a pony.

Nimmi was selling eggs and poaching them directly. People sitting on the benches relishing the Bun Omelet from a Thela. I could not resist the smell of this delicacy. However, I was hesitant to purchase from this shop.

It wasn’t for the first time that I came across this breed but had earlier seen them at the crossings and inside the train dancing and singing and seeking money.

The self-employed Nimmi was different than the rest. A hoarse commanding voice and the humane characteristics made Nimmi different in my estimates.

The speed was fast and unbeatable to lure the desirable palettes.

I was anxiously observing her with questions in my mind.

“Log Kya kehenge?” Should I or should I not?

However, I mustered enough courage and approached the shop. A big inviting smile on Nimmi’ s face has trapped my inquisitiveness.

I, however, preferred not to sit and eat there but to get it packed.

We Were Known Strangers To Each Other (1)

After order, I came back in my car and gazed at her every movement. Thinking about her struggles and different phases and the social taboos which she might have faced during her lifetime.

I returned her gesture with a smile on my face and a 20 rupee note as a tip.

Nimmi returned my 20 rupee note immediately and said that no sister, “mehnat ka khati hai Nimmi”. (This is when I discovered that she is Nimmi).

The phrase sounded quite Impressive. I left the place after clearing due bills.

Days passed. Next week I had to purchase eggs so I thought of purchasing from Nimmi s shop to be one amongst like other promoters.

As usual Nimmi’s smile welcomed me. This time I had no hesitation. I approached her and saw her from nearby. I left the shop after collecting the stuff. As I was about to leave, she asked Sister Ommlette Bun …?

I said ok and I sat on the nearby bench. I was surprised to see the concern of Nimmi..” no sister, not here, Mai gadi me pahunchati Hun aapke liye “, sahi log nhi aate idhar ..” Sweet of this gender who showed concerns for me. I tried asking her about her anxieties and wishes and the beautiful smiley makeover.

Slowly I became a regular visitor of Nimmi’s shop and she served me with the same enthusiasm. A sort of bondage was established between me and Nimmi.

She started offering me a 10 rs discount to show her gratitude as I used to take the street beggars sometimes to her shop to feed them a meal.

We had one thing in common.  Concern and care for other beings.

Yet we were known strangers to each other. 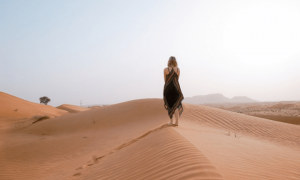 A Night Of Self Discovery 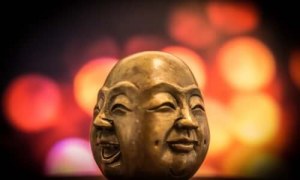 Embracing A Change In Life